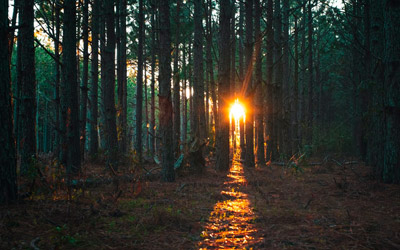 His mother was abducted from her tribal village in Africa and brought forcibly along with hundreds of other men and women to America, to be sold as slaves.  She was raped continuously by so many men that when she gave birth to him, she could not say who the father was.  And when he was quite small she was killed by some drunken men who mass-raped her brutally and left her to die in a ditch.

He was passed on from one woman to another in the slaves’ quarters.  The Master had his eye on him and told the women to nurture him as he showed signs of growing up into a strong man who could be useful in the plantation.  He was never really given a name.  Often referred to as ‘forty three’ since that was his roll call number when the slaves were locked up for the night, he was also called by many derogatory and humiliating names, most of which he did not even know the meaning of.

He was never given an upper garment, and was made to wear khaki shorts and nothing else. He did grow up to become a strong man, and could do back-breaking work. But he had a look of arrogance which always annoyed the Master, and hence he received lashings and kicks for no fault of his quite often.  The beatings only served to strengthen him further, and the derogatory names he was called by made no impact on him.

The Mistress had an eye on him because of his big build, well-carved features and his rippling muscles.  When the Master kept getting drunk every evening on a regular basis, obviously she felt lonely and unloved, and craved for a man. She started seducing him, flirting and calling him to her to do chores in the kitchen.

The Master was no fool.  He sensed what was happening, and one day he called out to the slave and in front of the Mistress and many other slaves, started beating him up mercilessly.  When he became exhausted after beating up the man continuously, he was surprised to see the slave still standing and apparently unperturbed. In his confusion and frustration he could not think of what else to do, so he pulled out a one-dollar note from his pocket and asked the slave to run to the town and get him a bottle of liquor – threatening that if he did not return in twenty minutes he would be again beaten up even more.

The slave, like a robot, took the dollar-note, tucked it into the pocket of his shorts, and started running at full speed towards the town.  When he neared the town, he saw that a road branched off, bypassed the town and led to other unknown places.  In fact, he had never noticed that fork and the other road.  But this time he saw it clearly.  He did not have any conscious thought, but he just changed track and started running on the new road.

He was a man without a name, identity, any assets, no family, no professional skills, and no contacts. He was just an anonymous runaway slave.  He did not know where this road would lead him. He did not know what he would be able to buy with one dollar. He did not know how far he would have to run to feel safe from re-capture. But he was running with a steady pace, his head held high, with a sense of freedom.  And he had a great asset – hope. He kept running…… 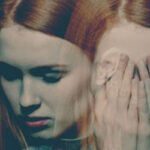 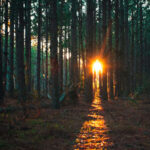